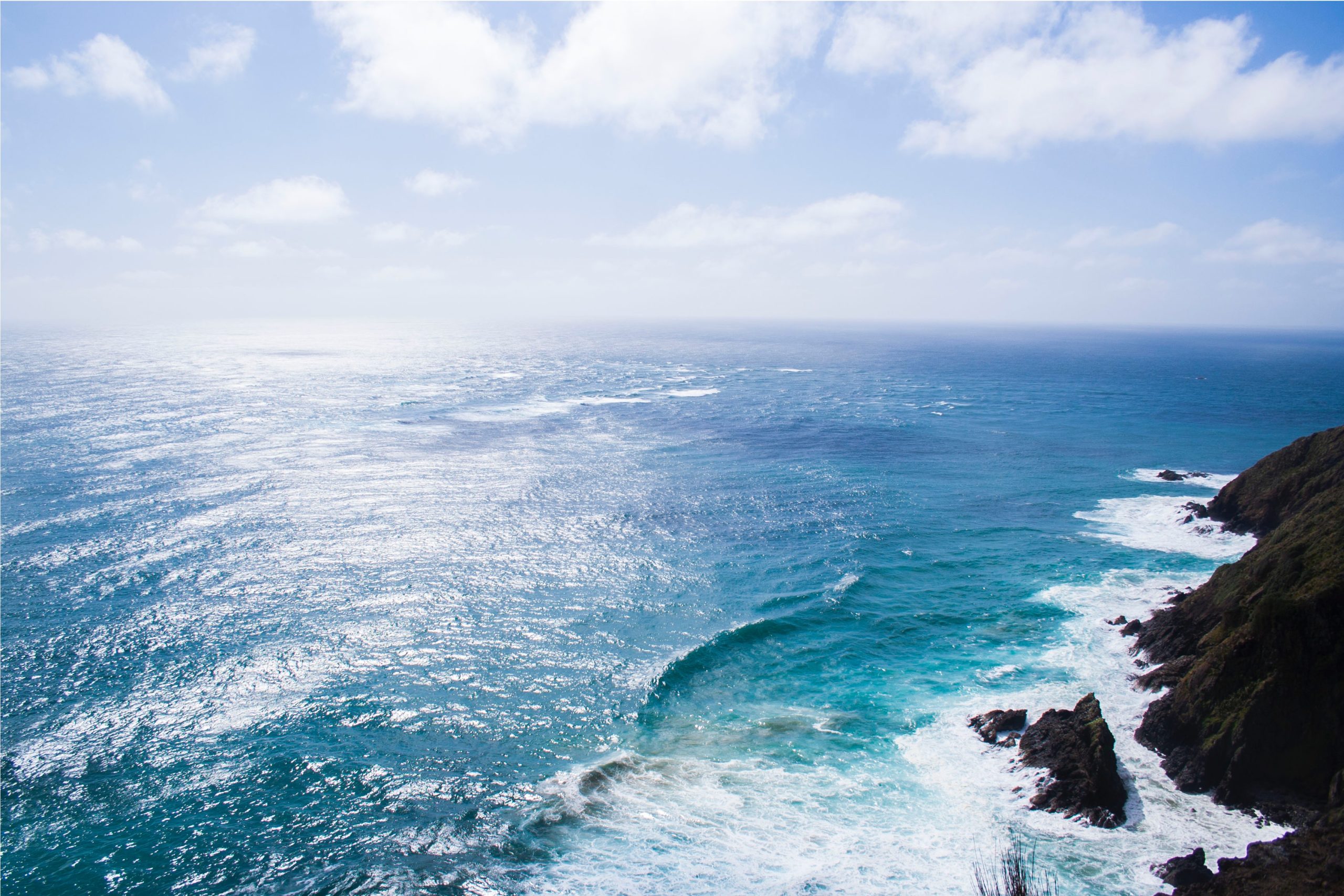 It was all his fault, and he knew it. Jonah pleaded with the sailors to throw him over. He could see the fear in their eyes as the waves continued to pound against the ship. These sailors were seasoned professionals and had seen storms before, but never anything like this. This was something different, something supernatural. They realized that whatever deity controls the wind and the waves was upset with somebody on that ship, so they cast lots to find out who it was.

The lot fell on Jonah.

The Almighty who guides the shooting stars also guides every lot that is cast. Jonah realized he couldn’t run from him anymore. No more hiding, no more sleeping below deck hoping the storm would pass. He confessed his disobedience.

Now the sailors knew who the culprit was, but they still couldn’t throw him over to a certain death. Instead, they tried to row harder, but no amount of rowing could overcome the raging sea of God’s wrath. The wind grew stronger, and each wave hit with more force. It wouldn’t be much longer until the ship was completely destroyed.

Left with no choice, they prayed for God’s forgiveness then hurled Jonah into the sea. It would be better for one man to die than to lose everyone onboard. Immediately the wind ceased, and the waves calmed, but their hearts continued to stir. They had never encountered a God like this. They feared, and they worshipped.

Meanwhile, Jonah continued to sink. The waters of the deep closed in on him taking his oxygen and, soon, his life. The further down he went, the darker and colder it got. The weeds wrapped around his head and the salt burned his eyes, but neither compared to the burning in his lungs longing for air.

He grew weaker, but as his life was fainting away, he remembered the Lord. He cried out to God, but perhaps it was too late. He had already blown it; he missed his chance to obey, and now he was suffering the consequences. Sometimes the Lord confronts us with our sin in a way that leaves no room for self-justification or excuses. Jonah did not argue, he was guilty, and now he was now getting the death he deserved.

But that’s not what he received.

Instead, the Lord provided salvation. The grace of God appeared in the form of a giant fish that swallowed Jonah. He should have drowned, but at the last minute, God provided a way when it seemed impossible.

The Fish is God’s Grace

Growing up, I always assumed that the fish was the judgment of God for Jonah’s disobedience. However, in chapter 2 we see Jonah praying to God from inside the belly of the fish: “you cast me into the deep, into the heart of the seas, and the flood surrounded me…the waters closed in over me to take my life…weeds were wrapped about my head…” Jonah understood that God cast him into the sea and he should have died, but at just the right time (“my life was fainting away”) God brought him up from the pit. Jonah recognized God had been gracious by providing the fish, and chapter two is his worshipful response.

Most of us haven’t been swallowed by a fish; however, we have been just as close to danger as Jonah. Because of our grievous sin against God, we were all dangling over the fires of hell. As Edwards says in his famous sermon Sinners in the Hands of an Angry God:

“O, sinner! Consider the fearful danger you are in: it is a great furnace of wrath, a wide and bottomless pit, full of the fire of wrath, that you are held over in the hand of that God, whose wrath is provoked and incensed as much against you, as against many of the damned in hell. You hang by a slender thread, with the flames of divine wrath flashing about it, and ready every moment to singe it, and burn it asunder…”

But, at just the right time, God provided salvation. This salvation didn’t come from a disobedient prophet sitting in the belly of a fish for three days; no, it came through a perfectly obedient Son who stayed in the grave for three days, then when He commanded death to release Him it obeyed.

Grace In, Grace Out

Since believers have received this amazing grace of God, we should be the most gracious people on the planet. That would be true if a tiny portion of the grace God has shown us flows through us to those around us. To receive this kind of unmerited favor should expel any notions of self-righteousness, prejudice, or “holier than thou” mentality.

But, as we see in Jonah and our own lives, this isn’t always the case. After the fish vomited Jonah on dry land, he went to Nineveh to proclaim impending judgment. Nineveh was a city of Assyria, a perpetual enemy to Israel. It wouldn’t be much longer after this that Assyria would invade Israel. However, at the preaching of Jonah, Nineveh repents, and God turns from His fierce anger.

Thus, we see God’s grace extending to the disobedient prophet as well as the wicked city.

Jonah didn’t want Nineveh to receive God’s grace; he wanted fire and brimstone. In chapter 4 he explains why he didn’t want to preach to Nineveh: “I knew that you are a gracious God and merciful, slow to anger and abounding in steadfast love, and relenting from disaster.” He knew God would show grace, and he didn’t like it.

It’s true that Nineveh deserved judgment but so did Jonah! How quickly Jonah forgot sinking to the bottom of the sea because he explicitly disobeyed God’s command. Jonah wasn’t complaining when God was gracious to him, but now that he’s been gracious to a repentant Nineveh, Jonah wants justice!

How quickly we too forget that we deserve nothing but judgment. We, like Jonah, have this sense that while nobody deserves God’s grace, some people really don’t deserve it. It can be especially true if we’ve been a believer for a long time and serving in God’s church. We might act like the older brother in the parable of the Prodigal Son. While heaven celebrates over the repentance of one of the lost sheep, we are out back moping because we didn’t get a party.

When you find yourself not desiring a particular person or people group to repent and receive grace, remind yourself of when you were drowning in your sin before God saved you. Remind yourself how you were dangling over the fires of hell and then thank God for his amazing grace toward you.

“None is righteous, no, not one; no one understands; no one seeks for God. All have turned aside; together they have become worthless; no one does good, not even one…But now the righteousness of God has been manifested apart from the law…Then what becomes of our boasting? It is excluded” (Romans 3:10-12, 21, 27).

May we always be willing to proclaim this good news to everyone around us. Pray that many, even our enemies, would be given a new heart to repent and believe in the Gospel so that they, too, can drink deeply from the fountain of God’s grace springing up to eternal life!

To listen to the audio blog, you can subscribe on Apple Podcast, Spotify,Google Play, or Podbean. Thank you for reading/listening and I pray it ministers to you!

0 thoughts on “The Fish and the Surprising Grace of God”