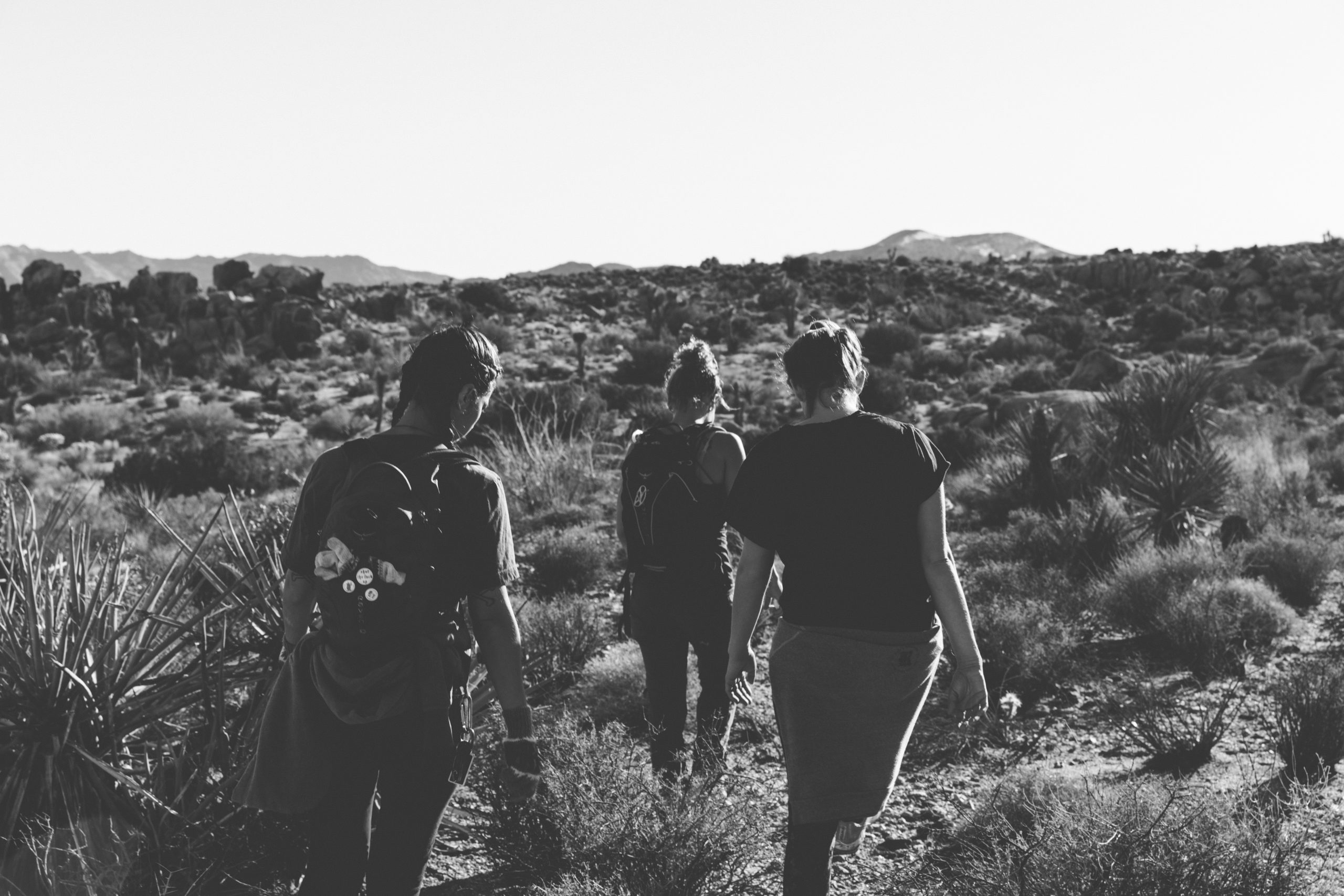 Most of us know the popular slogan “Friends don’t let friends drive drunk.” It’s a simple phrase that’s been around since the early 80s. With just a few words, the phrase carries much meaning. The subject, “friends,” shows that we’re talking about people who care. What do these friends do? They don’t let their friends drive drunk.

Why would they step in to stop this behavior? Is it because they’re hateful and arrogant? Is it because they’re judgmental people who need to mind their own business? Are they controlling people who want everyone to act like them? No. True friends stop their friends because driving drunk can be destructive and life-ending. A friend who truly cares will do what they can to stop this from happening.

When we think of using our words in our friendships with believers, we often think of Ephesians 4:29: “Let no corrupting talk come out of your mouths, but only such as is good for building up, as fits the occasion, that it may give grace to those who hear.” What are words that build up? Does that mean we only speak “positive” words? Does that mean we only say things that will be well received and make the person feel good?

Tucked away in the midst of many wise sayings, Proverbs 27:5-6 gives us some insight: “Better is open rebuke than hidden love. Faithful are the wounds of a friend; profuse are the kisses of an enemy.”

In our culture, someone who speaks against a person’s behavior is seen as hateful, while the one who keeps his words to himself is praised as a loving person. Unfortunately, this understanding has crept into the church as well. Our individualism has set up walls that even our Christian friends dare not cross.

Asking someone how their job is going is acceptable, even praiseworthy. But asking someone about a sin in their life is considered “crossing the line,” and the solution is to “mind your own business.”

God’s Word teaches that open rebuke is better than hidden love, though. James 5:29 states, “Let him know that whoever brings back a sinner from his wandering will save his soul from death and will cover a multitude of sins.” We are told in the first verse of Galatians 6: “Brothers, if anyone is caught in any transgression, you who are spiritual should restore him in a spirit of gentleness.”

Admonishing others is difficult, and we can easily talk ourselves out of doing it. We tell ourselves that it won’t work or that what they are doing is “not that bad.” At times, we’re guilty of underestimating the destructive power of sin.

The Destructiveness of Sin

Sin is a destructive cancer. It kills and destroys. It takes good relationships and tears them apart. It takes peaceful situations and makes them divisive and chaotic. It takes individuals made in the image of God and leads them down a path of everlasting destruction.

If we don’t understand the destructiveness of sin, we’ll never see the need to lovingly rebuke our friends. If we think they are just “choosing a different path,” we might keep quiet, but if we see they are on a path to destruction, perhaps that will motivate us to speak up. Someone who doesn’t believe drunk driving is that dangerous might let their friend do it, but someone who recognizes the danger will try to stop them at all costs.

As believers, if we don’t see the destructive nature of sin, we might not speak words of truth our friend needs to hear.

Faithful are the Wounds of a Friend

Nobody likes to be called out. It doesn’t feel good; it wounds. Scripture doesn’t shy away from this reality or try to sugar-coat it. This is why many interpret correction as harmful or hateful. But, if done in love with the goal of repentance and healing, it can be a most loving act. Wounds from a friend can be trusted.

Proverbs warns us against rebuking everybody (Prov. 9:8), but true friends are a means of grace the Lord uses to bless, encourage, and even rebuke us. True friends are those who are willing to wound us in order to help us see our sin and point us to Christ.

I’ll never forget receiving a call from a church member who was broken-hearted after finding out his wife was having an affair. As a twenty-two-year-old pastor, I had no prior experience handling such a situation. It would have been much easier to step back and do nothing. However, by the Lord’s grace, that’s not what happened. We set up a meeting with the wife, told her we loved her, and reminded her of the mercy and grace of the gospel of Christ. Though she already knew, we told her that she was in sin and needed to confess and repent before the Lord.

These types of meetings don’t always go well, but in this case, the Spirit worked powerfully. She was convicted of her sin and immediately took the proper steps toward repentance with many sisters in Christ at her side, and her marriage was restored!

I’ve also been on the receiving end of such rebuke. While blinded to my own sin, I’ve had brothers in Christ hold me accountable and love me enough to confront me. While I didn’t like it at the time, I look back and am grateful to God for their boldness and love toward me.

Since most of us don’t like confrontation, having to speak out at the risk of being rejected or losing a friend makes it even more horrifying. So, what would possess us to do something we hate when there’s so much to lose?

If my friend is in sin, and I truly believe that their sin is destroying them, stealing their joy, and robbing God of his glory, then I am willing to face my fears of rejection and awkward conversation to address this issue.

To lay down our preferences for the good of others is love . . . and only those who are truly our friends are willing to do it.

If we are going to have a culture of speaking truth to one another in this way, then we must be willing and ready to receive it. Since we’re all sinners, there will come a time where we are the ones in sin. If our friends confront us, it will hurt, but we must be willing to trust the wounding of our friends. We may not agree or understand at first, but we must fight to be receptive and willing to learn. Being defensive and attacking does not encourage a culture of openness with our friends.

PROFUSE ARE THE KISSES OF AN ENEMY

True friends love us enough to wound us, but what do our enemies do? They flatter us.

They tell us what we want to hear and make us feel good about it. They aren’t concerned about our good and they will only speak with their best interests in mind. They know well the old adage “flattery will get you everywhere,” and they use it to their advantage. In the Old Testament, we read about false prophets who told the king the message he wanted to hear (2 Chron. 18:4-7). The New Testament also warns us to beware such people: “For such persons do not serve our Lord Christ, but their own appetites, and by smooth talk and flattery they deceive the hearts of the naïve” (Rom.16:18).

It’s easy to understand how we can get confused as to who our true friends are. It’s counterintuitive to say the one who wounds might be the true friend while the one who flatters could be the enemy.

Friendships are a gift from the Lord and a means of grace, but there is one friend who truly sticks closer than a brother. Jesus, the lover of our soul, knows exactly what we need. He willingly laid down his life for our sin, thus showing there’s nothing he won’t spare for his children. He’s able to provide encouragement at just the right time, and he loves us enough to wound us when we need to be rebuked. We know that the Lord disciplines those whom he loves (Heb. 12), and this is done out of care and concern for our soul to train us in righteousness, thus, we can trust him.

Sometimes, he might provide a needed correction through the words of a faithful friend who’s willing to speak the truth. Other times, he might be doing that very thing through us in the life of someone else.

For the good of our friends and the glory of God, let us be willing to encourage and admonish one another with our words. As one commentator has said, “Flattery kisses and slays; friendship wounds and saves.”

This article originally appeared on GCDiscipleship.