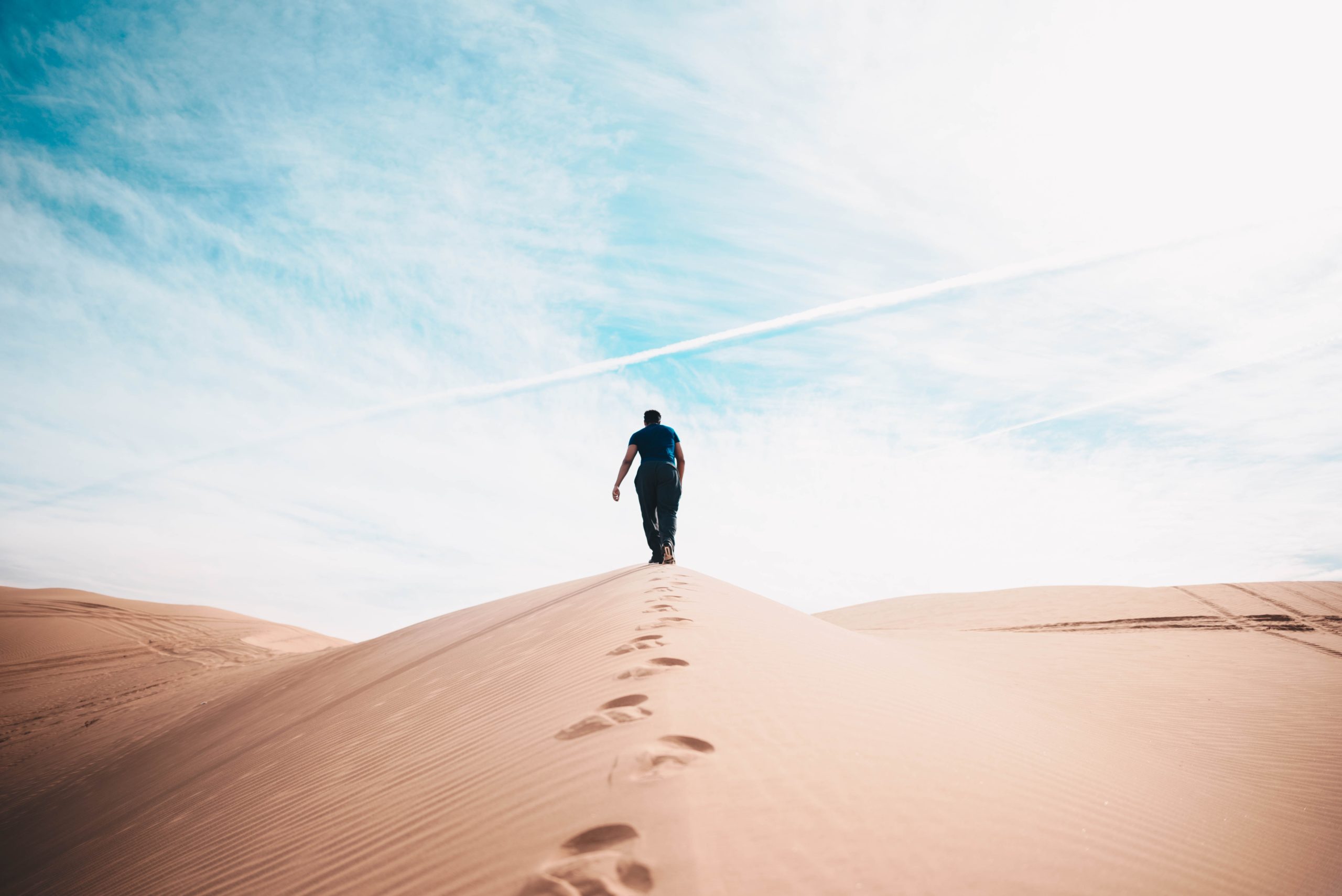 I can’t get past the idea of putting in so much work, sweat, and tears without actually going anywhere. I need to distract myself from my inability to breathe, and staring at the same room doesn’t do the trick. If the weather forces me to run inside, I usually get bored and cut my workout short.

Sometimes life feels the same way. With great effort, I’m accomplishing tasks and taking care of business, but can’t shake nagging questions like, “Am I going anywhere? What is God doing in my life?”

Do you wonder if God is at work in your life? You feel like you’re going through the motions, yet God’s hand seems to have vanished.

SUBTLE SIGNS OF THE SOVEREIGN KING

Faith is “the assurance of things hoped for, the conviction of things not seen” (Heb. 11:1). Therefore, if we are walking by faith, we are trusting in a work of God we can’t always see. While we can’t always see his hand at work, Scripture tells us the Almighty’s providence is always in effect. One of the most vivid illustrations of this is in the book of Esther.

God’s invisible, sovereign hand operates all throughout the book. Interestingly, Esther is one of two books in the Bible that doesn’t explicitly mention God. Yet he is an inescapable reality woven through the details and ironies of the story. Instead of telling you that God is at work, the author simply shows you.

Esther begins with a seemingly irrelevant story about a queen who disobeys the king, then loses her crown. The king begins looking for a new queen, and Esther is one of many ladies up for the position. She happens to be a Jew (but the king doesn’t know it), she happens to be beautiful, and she happens to win the favor of the king.

However, it doesn’t take long for a threat to arise. It comes from the prideful villain, Haman.

Mordecai, who happens to be the new queen’s cousin, is the source of Haman’s wrath. While everyone else is bowing down to Haman, Mordecai refuses. Once Haman finds out Mordecai is a Jew, he manipulates the king, producing a decree that targets the Jews.

FOR SUCH A TIME AS THIS

It’s at this point in the story that Mordecai tells Esther that she has become queen “for such a time as this” (Esther 4:14). What does he mean?

Mordecai displays faith in God’s sovereignty and ability to keep his promises. He encourages Esther that perhaps all the events of her life have led her to this moment. What seemed like coincidence, chance, or just plain luck was actually the work of God’s hand.

When it seemed like God wasn’t doing much, he was actually very much at work. That’s why Mordecai tells Esther that if she won’t help the Jews, deliverance will come another way. He knows God is going to deliver his people; he’s just waiting to see how.

THE INVISIBLE HAND OF GOD

How will God save his people? Maybe, as he did in Egypt, he’ll send plagues and show the rulers that they should let God’s people go. We know from the Exodus account that God can work this way.

But one thing we learn from Esther is that God doesn’t always work so visibly. Sometimes he guides the course of history through seemingly ordinary circumstances and events.

He takes an orphan, Esther, and puts her in a position to save the people of God. As the Lord was working out his plan, Esther might not have realized what he was doing or that he was working at all.

Was God at work? Or was it simply a coincidence that Esther came to power right before the attempted annihilation of the Jews? Was it just good fortune that she happened to be a Jew and never told anyone? Maybe the stars aligned just right so she would find favor with the king, be allowed to present her request, and that he would then listen!

The author shows the absurdity of believing that all the details just happened to fall into place. Someone was guiding it. God was working out his plan to save his people by getting Esther in place “for such a time as this.”

If we’re not paying attention, we might miss it. Whether it’s reading Esther or looking at our own lives, we might overlook the work of God simply because it’s ordinary. While we’re keeping our eyes open for something extraordinary, we miss the everyday movement of his invisible hand.

As we go through life, we’re often stressed by the difficulties. We cry out for a miracle but, when we open our eyes, the burden is still there. The marriage is still hard, finances are a struggle, or there’s still unease regarding a certain situation.

There’s no grand miracle, no angel showing up in a bright light, no chariot that comes from the heavens and wipes away our enemies. Then we wonder where God is and why he has not answered our prayers.

WALK BY FAITH, NOT BY SIGHT

Maybe that’s what it means to “walk by faith and not by sight” (2 Cor. 5:7). I can see God’s hand at work when the seas split and the giants fall, but my faith is really put to the test when it’s not so apparent.

Do I trust God? Do I believe he is still at work, that he hasn’t left his throne, that he is still working things out for my good and his glory? Or do I give myself over to despair and unbelief?

By the end of the book, Esther remains queen, Haman has been executed on the very gallows he made for Mordecai, Mordecai has been promoted to Haman’s position, and the Jews have put to death all their enemies on the very day they were supposed to be annihilated.

Against all odds, the Jewish people have been delivered. Chance? Absolutely not.

Believer, trust God even when you can’t see him at work. Walk by faith and not by sight. He is working, so continue to run with endurance the race that is set before you (Heb. 12:1). Prayerfully consider how the Lord might be molding and conforming you into the image of Christ. Be encouraged and trust.

And, as you trust, worship him and thank him for guiding you with his invisible, sovereign hand.

This article was previously published at Gospel-Centered Discipleship.

0 thoughts on “When You Can’t See God Working”