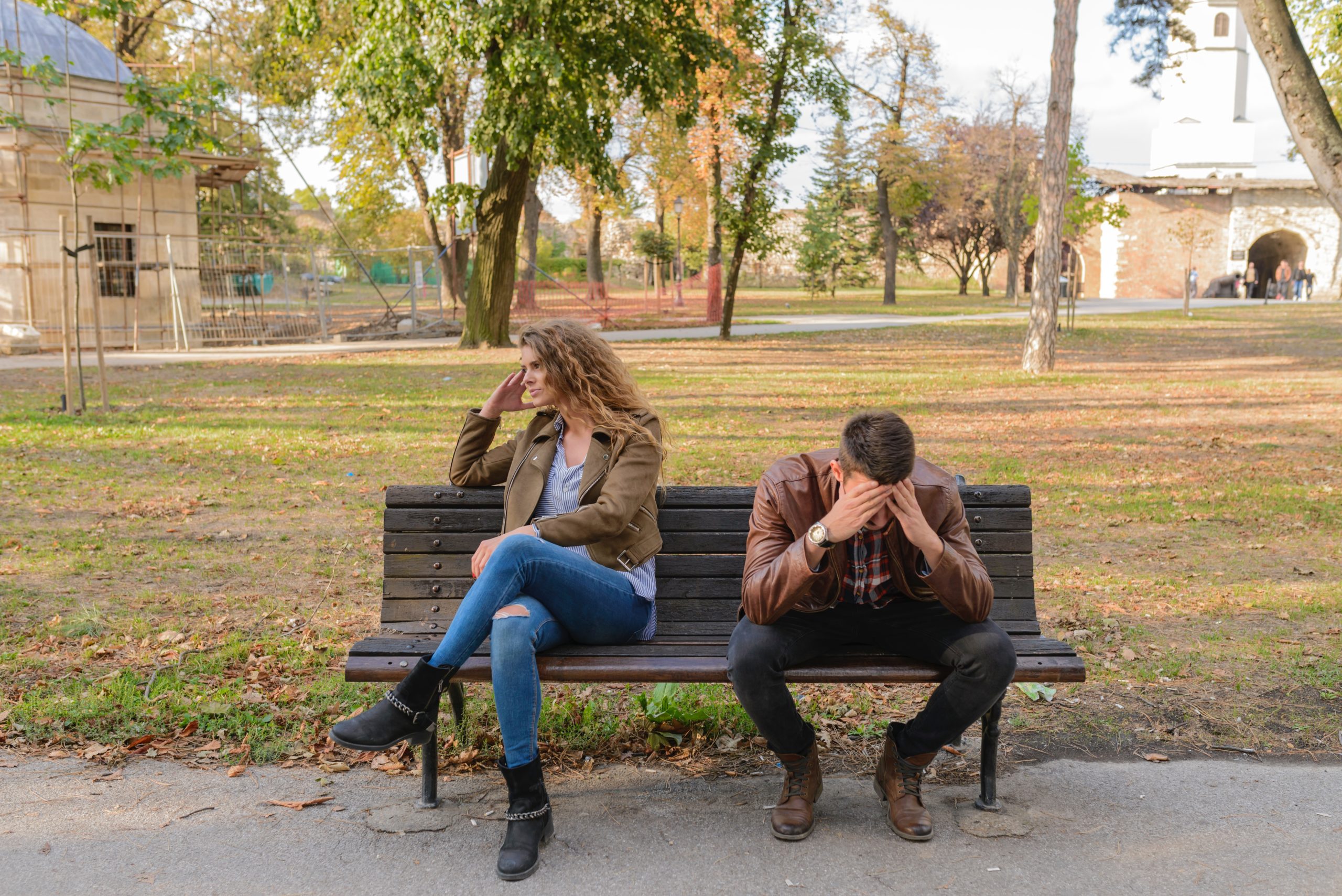 If you’ve been married a while you know that couples fight. If you are ever around other human beings for any extended period of time, you know that eventually there’s a need for conflict resolution. It’s what happens when you put sinners together. At some point, there will be disagreement, hurt, or disappointment. Relationships will suffer if these issues are not dealt with properly, so learning to handle conflict is vital for marriage, friendships, and all other relationships the Lord has entrusted to us.

The Gospel-Centered Life gives us some insight on two types of people in the midst of conflict: attackers and withdrawers.

Attackers “like to be on the offensive. They place a high value on justice, so it matters greatly to them who is right and who is wrong.” They are correct in their desire to address the issue, but prone to take it too far. Here are possible signs of an attacker:

– You deal with anger or frustration by ‘venting’ it.
– You argue your case passionately.
– You want to fight until the fight is over.
– Winning the argument is more important than loving the opponent. (74)

Withdrawers are the opposite. They are typically on the defensive. “They tend to avoid or ignore conflict and, when pressed into an argument, they respond in sullen silence or apathetic passivity.” Most people recognize that attacking is wrong, but we don’t often realize that withdrawing is just as sinful. Withdrawers can let a ‘root of bitterness’ develop among their relationships by suppressing issues instead of dealing with them. While avoiding confrontation might sound like a more ‘peaceful’ resolution, it often does more damage in the long run. Here are some possible signs of a withdrawer:

– You deal with anger or frustration by suppressing it.
– You have opinions but keep them to yourself in order to ‘keep the peace.’
– You’d rather avoid a fight than win one.
– You sometimes physically leave an argument in order to ‘get some space’ (75).

Long before reading this helpful information in The Gospel-Centered Life, I learned this lesson the hard way. I’m a withdrawer; I grew up handling conflict by ignoring it. I assumed that’s how everyone lived…until I got married. My wife and I got into a ‘lively discussion’ early in our marriage. I don’t remember the details, but we were both convinced we were right and neither of us was budging. Attempting to end the conversation, I walked away hoping the flames would eventually cool.

I was actually pouring gas on the fire.

Withdrawing communicates apathy and indifference. It’s not willing to put in the hard work that it takes to get to the deeper issues. The more I withdrew, the more I was actually hurting my wife. I was compounding the issue instead of resolving it.

The Gospel and Reconciliation

Thankfully, God deals with conflict better than we do: “God did not pour out His wrath on us (attack) or remove His presence from us (withdraw). Instead, he sacrificially moved toward us in the person of Jesus, full of grace and truth. Jesus confronted sin, invited relationship, and provided a way of reconciliation” (77).

Gospel-centered reconciliation means not ignoring the problem, but facing it head-on. We approach the person directly, honestly communicate offenses, listen, and repent where needed. Jesus tells that if our brother sins against us, go and tell him his fault (Matthew 18:15). We don’t approach them with a desire to ‘win,’ but rather with a spirit of love (1 Cor. 13) and a willingness to forgive (Matthew 18:21-35).

I continue to learn about handling disputes (often through mistakes). It’s still not always easy for me. I don’t like conflict or heated discussions, but they are necessary at times. It’s easier and more appealing to my flesh to walk away and ignore it. However, the life of a believer is a call to love others and deny ourselves for their good. Whether you are an attacker or withdrawer, this will often mean dying to our natural tendencies in the way we deal with conflict.

As believers, we reflect the gospel by being a people who are pursuing reconciliation in all our relationships. The world is watching how believers love one another (John 17:20-23). Paul argues that one day the saints will judge the angels, so how much more should we be able to handle matters pertaining to this life (1 Cor. 6:2-3). The gospel not only gives us an example of reconciliation, it also enables us to be reconcilers as we are changed from within by the Holy Spirit. As the fruits of the Spirit (love, joy, peace, patience, kindness, goodness, faithfulness, gentleness, and self-control) are brought about in us as we mature, it will affect how we treat one another. Do we see the gospel being proclaimed in our relationships and how we handle conflict? Is the church a radical display of gospel-centered conflict resolution that’s distinct from the world? Let us not go to either extreme of attacking or withdrawing, but display sacrificial love as we pursue peace with one another.

Sources:
The Gospel-Centered Life by Robert H. Thune and Will Walker