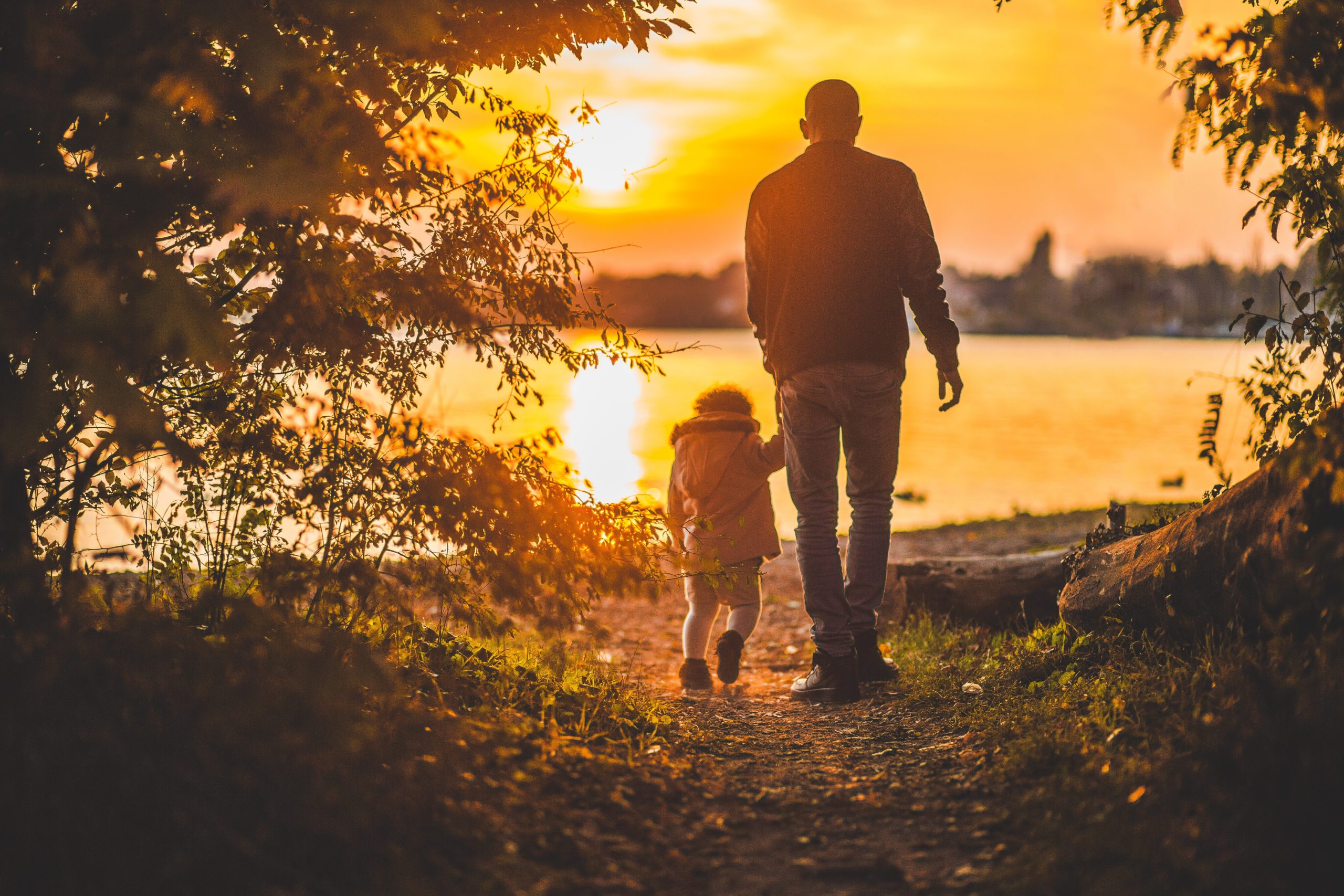 There are certain moments that seem to capture the essence of fatherhood, and these memories are the ones I’m sure I’ll cherish long after my children are grown. One such moment is when daddy comes home after work. As I walk through the door, the first thing I see is a table surrounded by hungry children. Their faces turn and immediately brighten upon seeing me. Almost in unison, they scream “daddy’s home,” and run toward me. A few latch on to my legs, while another one grabs my hand to pull me close and tell me something about her day. Bear hugs and wrestling commences and dinner is temporarily neglected. The sheer excitement in their voice often makes me wonder what I’ve done to receive such love.

This morning, I read Revelation 1 and was struck by the power and majesty of Christ that John witnessed. How can we, as children, approach our Lord who is so majestic and holy? Consider John’s account in Rev. 1:13-18:

Then…in the midst of the lamp stands one like a son of man, clothed with a long robe and with a golden sash around his chest. The hairs of his head were white, like white wool, like snow. His eyes were like a flame of fire, his feet were like burnished bronze, refined in a furnace, and his voice was like the roar of many waters. In his right hand he held seven stars, from his mouth came a sharp two-edged sword, and his face was like the sun shining in full strength. When I saw him, I fell at his feet as though dead. But he laid his right hand on me, saying, “Fear not, I am the first and the last, and the living one. I died, and behold I am alive forevermore, and I have the keys of Death and Hades.”

Struck Down Before God

Imagine standing before Christ with his long robe and golden sash. His penetrating eyes burning like a flame of fire and his hair as white as snow. Your eyes are forced to squint because his face shines bright like the sun in full strength, and in his mouth is a two-edged sword with which he will strike down his enemies.

At the very sight of Christ in such glory, John fell as though dead. How could any mortal, sinful person not be overcome by such a display of power and holiness? To behold Christ in such a way would certainly strike fear into any sinful heart. We see a similar reaction when Isaiah sees the Lord sitting upon his throne surrounded by angels. He cries out in Isaiah 6, “Woe is me! For I am lost; for I am a man of unclean lips, and I dwell in the midst of a people of unclean lips; for my eyes have seen the King, the Lord of hosts!”

As God reveals himself in such a way and man beholds his glory, all pretense is gone. Any notion of self-righteousness vanishes. There before such purity and blazing holiness no human being feels clean. Isaiah and John are not simply overreacting, they are unclean and as they stand before a holy God, they should be afraid.

But, notice the Lord’s response. In both situations, the Lord provides a way. Isaiah receives a burning coal on his lips, a painful illustration of his sins being atoned for. John encounters Christ post-cross and resurrection. He doesn’t receive a painful coal, instead he’s simply told “fear not.” How can he ‘fear not?’

He’s right to be afraid, but Christ reminds him: “I died, and behold I am alive forevermore, and I have the keys of Death and Hades” (v. 18).

In fact, Hebrews tells us to “draw near to the throne of grace” with “confidence” (Heb. 4:16). We can do this because we have such a great high priest who has made the perfect sacrifice for our sin (Heb. 4:14).

When it comes to our attitude to approaching God, there seems to be two extremes. Some emphasize coming to the throne boldly to the point they become flippant and disrespectful. Instead of approaching the Lord with “reverence and godly fear” (Heb. 12;28), there is such familiarity that belittles God and takes away any notion of respect and wonder.

Others do the opposite by focusing on the fear of God to the point there is no intimacy. Even though we don’t deserve it, God calls us his children and welcomes us with open arms. He does tell us to come boldly into his presence, not because we are confident in ourselves, but we are confident that the righteousness of Christ covers us. I trust that there is “no condemnation” because I am in Christ (Rom. 8:1).

Never lose sight of the truth that for any of us to enter into God’s presence is absurd. Let that stir in you reverence and a healthy fear of God (Prov. 1:7). On the other hand, don’t let this truth cause you to forget that, through the gospel, God has made something so absurd a reality. Instead of crushing us into dust, he welcomes us as his children. Approach him with both a reverent and familial disposition, like a little child who beams with excitement at the arrival of their father.

0 thoughts on “Fear or Boldness: How Should We Approach God?”