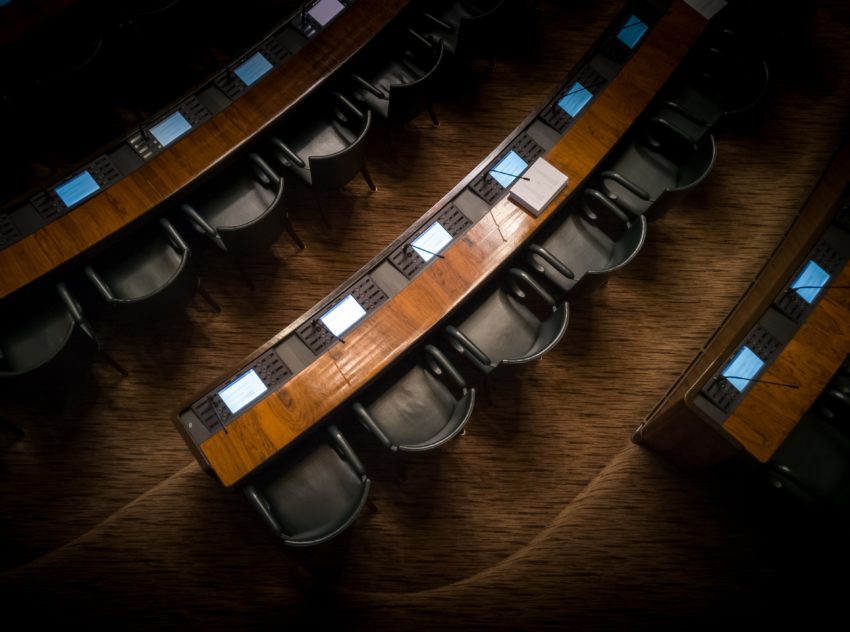 It happens every four years. The rhetoric ramps up, tensions flare, and people vouch for their candidate as two opposing political parties battle for the highest office in the land. Each side presents their promises while also painting a picture of the apocalyptic downfall that will occur if the other side wins.

The Importance and Limitations of Government

Elections certainly matter. Ideas and policies have implications all across the country that affect real life people. The president, congress, Supreme Court, and local officials enact policies that affect how we treat the baby in the womb, the sojourner, the widow, the orphan, and even how we bring about justice to the oppressed.

Scripture teaches the importance of government as an institution set up by God for the good of the people. However, Scripture also warns against putting too much emphasis or faith in a human government:

Put not your trust in princes, in a son of man, in whom there is no salvation. When his breath departs, he returns to the earth, on that very day his plans perish. –Psalm 146:3-4

Some trust in chariots and some in horses, but we trust in the name of the Lord our God. –Psalm 20:7

These warnings show that people in biblical times faced a temptation that we still face: putting too much trust in earthly leaders. These verses do not take away the importance of government, but they serve as a reminder to God’s people that our hope will not be decided on November 3. The promises of God do not depend on whether or not we get the “right” person in office. The Savior we are looking for comes on a white horse, not from a white house.

Psalm 146 provides a brief comparison of a human government versus our heavenly King:

Verse 3 begins by reminding us that a human government cannot provide salvation. Christians understand that the greatest need for any human is salvation from our sin.

A nation may legislate certain moral principles but mankind is not saved by outward adherence to the law. Making murder illegal does not completely stop murder or the anger in our hearts, and it doesn’t provide forgiveness when we transgress. Salvation is of the Lord and he brings it about no matter who’s president. Sometimes evangelicals seem to be under the impression that God can only send revival with the right president in office, but let us be reminded this simply isn’t true. Some of the most powerful works of God in Scripture come in the midst of oppressive and evil governments (consider God’s deliverance from Egypt or God’s working through Daniel in Babylon). Even now, the church is healthy and growing in some of the most restrictive countries that are explicitly opposed to Christianity. Religious freedom is certainly a blessing, but God will save and his church will prevail with or without it.

Then, in verse 4, Psalm 146 shows that the human leader is temporal: “His breath departs, he returns to the earth; on that day his plans perish.” Not only is a human leader unable to provide salvation, but even his best plans are temporary. Soon, he or she will die or leave office and another will take their place (and perhaps undo all their best work).

On the other hand, God is not limited either in his power or by time. He “will reign forever” (v. 10). He “made heaven and earth, the sea, and all that is in them” (v. 6-7). God does what he wants and does not need congressional approval. Not only does he do what he wants, but what he does is always good.

The last several verses of Psalm 146 teach that God is the epitome of what good government should look like. He executes justice for the oppressed and cares for the poor (v. 7). He watches over the sojourner, upholds the widow, ministers to the orphan, and brings the wicked to ruin (v. 9). We hope and pray our human government reflects these qualities of God, and we vote to that end, but we recognize they will always fall short.

Hope That is Secure

Knowing the shortcomings of any human government or leader, we should be quick to recognize that placing our hope in something so shaky is unwise. We can and should vote, make our voice heard, communicate what we hope to see in our nation, and debate ideas in the public sphere. However, we do so knowing that even if we don’t see the results we want, or if we think the “wrong” person wins the election, God is not in the heavens mourning because he can no longer carry out his plan. We need not fear, for God can bring about his justice even in an unjust nation. He cares for the poor and oppressed even if our leaders don’t. He will bring the wicked to ruin, even if they are in the ones in leadership.

As believers, our hope is in the Lord, and he is eternal and unshaken. The world is looking for justice and hope in human government, and many will despair the results this November. While we may grieve certain results, we will never lose hope because our King reigns forever, and nobody can impeach him or vote him out of office. The most powerful leaders, nations, and armies have risen against our King and have been defeated. Many more will continue to rise against him, and he will defeat them all.

Our trust is still in the one whom Isaiah prophesied about:

For to us a child is born, to us a son is given; and the government shall be upon his shoulder, and his name shall be called Wonderful Counselor, Mighty God, Everlasting Father, Prince of Peace. Of the increase of his government and of peace there will be no end, on the throne of David and over his kingdom, to establish it and to uphold it with justice and with righteousness from this time forth and forevermore. The zeal of the LORD of hosts will do this.

One million years from now, the election of 2020 will likely be forgotten, but Christ will still be reigning and, if you are his, you will be enjoying the bliss of eternal paradise under his perfect government. Let that beautiful reminder carry you through the chaos that unfolds over the next few months.

1 thought on “Trust Not in Princes”