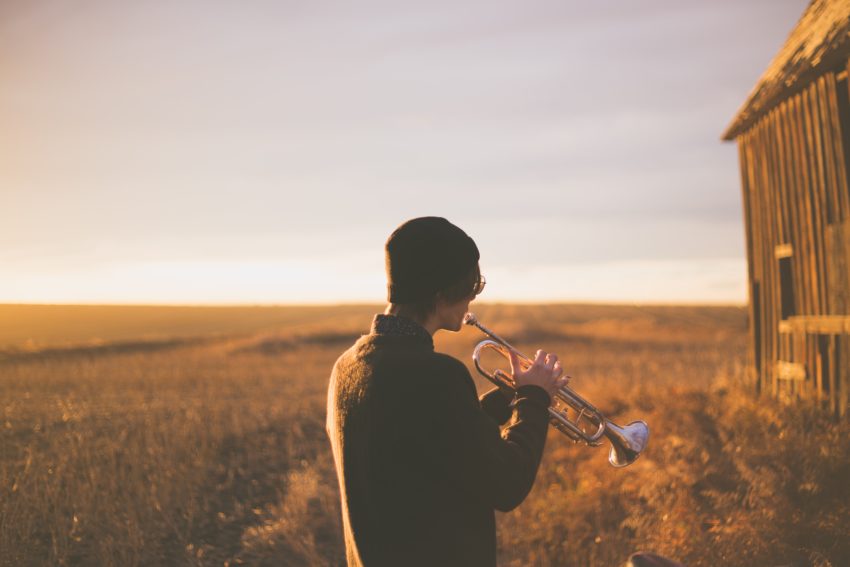 It was his first major battle as the new leader. He would have to stand before the people and tell them the plan. Filling Moses’ shoes as the leader of Israel would be a difficult task for anyone, and Joshua was about to face a major test. How would he lead the people to defeat the fortified city of Jericho? What are his plans to breach these seemingly impenetrable walls?

The people’s eyes are fixed on Joshua as they await his plan. Surely, God had given him a brilliant idea and they’ll see another “Red Sea” kind of miracle. He clears his throat and announces to the people: “We are going to march around the city for seven days. On the seventh day, after we march, we’ll blow the trumpets then scream.”

“Umm, Joshua, are you sure this is the best plan?”

Imagine Gideon meeting with his leaders. Their army of 22,000 was greatly outmatched by the Midian army of 135,000, but they still held to a desperate hope. Gideon looks at them with a straight face, “we have too many men.”

“Yea, tell all those who are scared they can go home.”

“We still have too many men.”

Leading Others to Believe the Impossible

Oftentimes in Scripture, God works in impossible situations in such a way that the only explanation is a supernatural intervention. He told Gideon that if they won with a larger number, then Israel would take the credit saying, “My own hand has saved me” (Judges 7:2). However, if they win with only 300, then God gets the all glory. It’s easy for us to look back on these situations and see that God was at work, but it must be difficult to keep sending troops away from your already outmatched army. Shrinking your army or marching around fortified cities with trumpets are both terrible plans, humanly speaking. They simply shouldn’t work.

God calls us to step out in faith and trust him when he asks us to do something that shouldn’t work. I’ve found that it can be difficult for my stubborn heart to believe God is going to work through such impossible situations. However, if you serve in leadership, then convincing yourself is only half the battle. Even when I get to the point where I reluctantly agree, now I must convince others to follow as well.

How can I convince this well-equipped army to put down the swords and get the trumpets out? Is it possible to assure the other leaders that our 300 is enough to face the giant army? There’s doubt in my own heart about whether or not these plans will actually work, so how can I convince others? Is God really going to show up?

The Lord has told us that His power is most on display in our weakness. Knocking down Jericho’s walls with explosives wouldn’t highlight God’s power as much as doing it with trumpets. This means that if we as Christians, if we as the Church, hope to display the power of God in our communities, then we must be willing to do what the Lord has commanded…even if doesn’t seem like it’s going to work. If our Lord says get the trumpets, we get the trumpets. Yes, we can come up with a million excuses as to why it won’t work, but our call is to trust and obey.

Perhaps the power lacking in much of the church today is not that we are too weak, but that we are not weak enough. Perhaps we continue to do what makes sense to our natural mind and then wonder where the Holy Spirit’s power is.

If God says to preach the word, are we going to tell him that won’t work in today’s society? Do we think we are in a position to tell God what will reach people in the 21st century? If He tells us to make disciples, will we listen or come up with something that seems better? Surely we need a “bigger” plan that impacts everyone at once. Maybe we need a celebrity or politician to become Christian, that would impact more people than me simply pouring in to my small group.

Let us rid ourselves of such man-made strategies and focus on what God has asked us to do in his word. Be faithful to him, walk with him each day, live a life of holiness, and walk everyday in confession and repentance. As a church, we trust not our ability to put on big events or programs, but we pour into others, preach and teach the Word of God, and work toward making disciples in our sphere of influence. Be faithful in the small things and do not despise ordinary faithfulness. As we do this, our dependency on the Lord will show in our prayers for him to work through methods that seem like they shouldn’t. Perhaps then, we’ll see the power of the Lord working through his people.

Do I think this will work? Humanly speaking, no. But the trumpets shouldn’t have worked either.