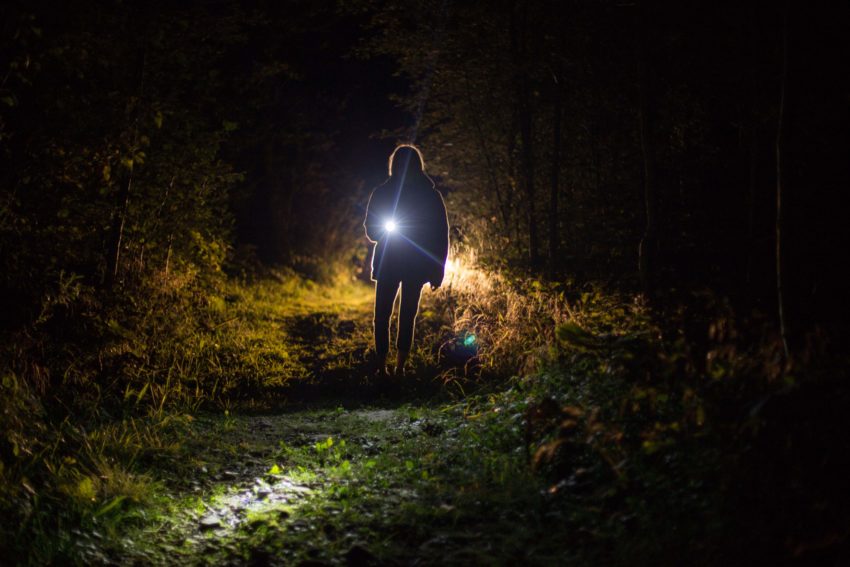 I parked my truck and opened the door into the darkness of the morning. All alone on the country road, I began warming up before starting my run. Over the course of the next few miles, I might see one or two cars on the backroads, which makes them a great place to exercise. However, the darkness and stillness makes every sound coming from the woods eery. I turn on my light and begin running, but the flashlight only lights up the five or six feet directly in front of me. Beyond the reach of the flashlight is utter darkness and uncertainty. My mind sometimes begins to wonder: “What if there’s a mountain lion ahead waiting to pounce? He would know I’m there long before I see him with my flashlight.” I keep running, taking it a step at a time only knowing what is directly in front of me. Mountain lions aren’t likely where I live, a much more possible threat is a snake in the road. For that, the flashlight gives me ample warning of danger as long as I’m paying attention.

Direction for a New Year

Perhaps you are entering the New Year in a similar way. You’re not sure where the year will take you or what direction you should go. You don’t know what lurks in the darkness ahead or what dangers you’ll face. You can only see immediately in front of you and the choices that need to be made today.

Such uncertainty can often leave us paralyzed. We want to know the big picture of how things will play out. We wish that God would give us the whole plan. However, in my experience, God rarely works that way. He usually gives me just enough knowledge to choose the next thing to do, just enough light to illuminate the path immediately in front of me. I don’t know what lurks in the darkness ahead, but the Lord tells me to trust him and take the next step.

In Numbers 9, the Israelites are wandering through the wilderness. Their only map is a cloud in the day and a pillar of fire by night. When God wanted them to move, he caused the cloud to lift, but if he wanted them to stay the cloud would abide over the tabernacle. If the cloud stayed three days, a month, or longer, then they stayed, but when it lifted they knew it was time to move. Even with such explicit displays of God’s power and guidance, the wilderness generation continually doubted.

It’s easy for me to look back at them and wonder how they could doubt. Perhaps, like us, they weren’t content with only knowing the immediate plan or simply having the next few steps lit up. Maybe they wanted to know more, maybe they wanted a full schedule with all the stops laid out so they could plan ahead. But our Lord simply didn’t (and still doesn’t) work that way. He gave them what they needed for that day and told them to trust him with the rest.

I don’t know what God’s plans are for me in the new year. I wish I did so I could prepare myself. But, I trust that God will lead me and prepare me even where I’m oblivious to what’s ahead. I know that he promises the grace and strength that I need for today, so I’ll simply trust him and take the next step and leave tomorrow in his hands.