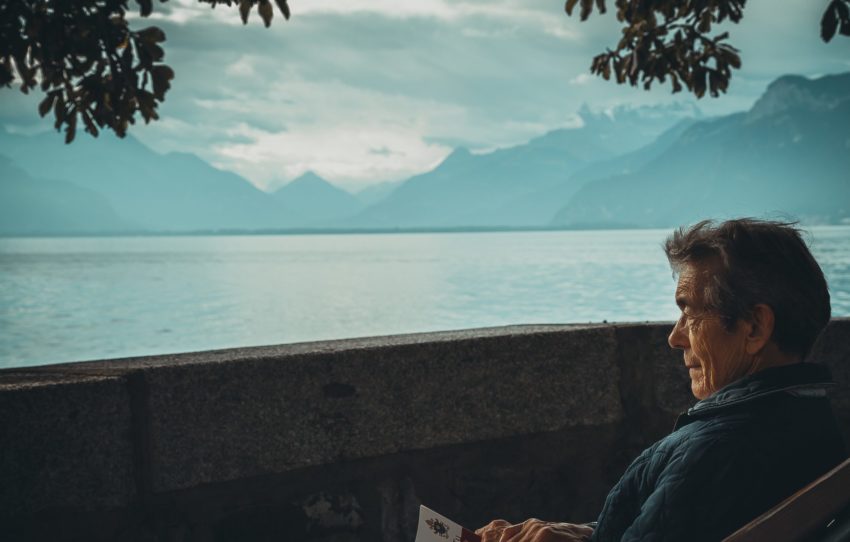 You are praying, but even as you do so there are doubts. You’ve proven sinful yet again and go to the Lord asking for mercy, but it seems there’s no way he’ll grant it this time. Surely, you’ve worn out your welcome…surely he’s tired of forgiving someone who can’t seem to get it right over and over. Surely you’ve gone past the boundaries of God’s grace into the wilderness of justice where you will have to bear the weight of your own sin.

Psalm 106 begins on a good note: “Praise the Lord! Oh give thanks to the Lord, for he is good…” After the first few verses, it’s understandable why any reader would assume the chapter will be an encouraging, feel-good Psalm. However, a few verses in, the Psalm begins to feel more like a tragedy.

One after another, the Psalmist takes us through the sins of Israel during the wilderness generation. These were a people who saw some of the mightiest miracles in history, yet time and time again they doubt God, put him to the test, or commit outright idolatry. They watched the Lord work through the plagues, followed a cloud and pillar of fire that led their way, and saw the Red Sea split for them. Even after seeing these mighty works, the Psalmist tells us they “did not remember the abundance of your steadfast love” (v. 7) or “they soon forgot his works” (v. 13).

Yet, in spite of their ridiculous rebellion, the Lord provided salvation. Though they doubted him by the Red Sea, he saved them anyway. They often faced consequences for their sin (vv. 15,17-18), but he never completely cut them off like they deserved. The chapter concludes:

Nevertheless, he looked upon their distress, when he heard their cry. For their sake he remembered his covenant, and relented according the the abundance of his steadfast love (vv. 45-46).

This chapter is yet another reminder of God’s boundless grace. Israel completely blew it over and over. Even after seeing God’s power at work, they had the nerve to make a golden calf and worship it! It’s hard to imagine a grace so amazing that would forgive such vile and explicit transgression.

Are We So Different?

It’s easy for us to look at the wilderness generation and wonder how anyone could be so foolish and forgetful. But, aren’t we just as guilty?

There’s many times when I feel like I’m facing an impossible problem. It seems as if there’s no way out, yet God provides and works beyond my wildest imagination. I rejoice and praise him, but my memory is short-lived. Soon, another problem shows itself and rather than remembering God’s gracious deliverance in the past and letting that feed my faith for the present situation, I instead resort to doubt which can lead to unbelief. In spite of me, God works and I find myself praising him again…at least until another problem arises.

Perhaps you’ve failed again. You had hoped to be victorious by now, but instead it seems you continue to fail. The gospel seems too good and grace seems too hard to believe. I mean, how could God forgive you again? Yea, he might give second, third or fourth chances, but this is about the 100th…so surely you’ve out-sinned his grace.

Psalm 106 reminds us of the forgiving nature of God who remembers his covenant to an unfaithful people. Trust in his character as a God who desires to forgive. Trust his promise that he is near to those who confess and repent. Turn from your sin, get help and accountability, and rest in his grace. I know it doesn’t feel real; I know it seems too good to be true, but that is the promise he made to those who trust him.

“If we confess our sins, he is faithful and just to forgive us our sins and to cleanse us from all unrighteousness.” 1 John 1:9